Which Helps More, for Understanding the Meaning of Isaiah 40:22, ‘Consensus Astronomy’ or Biblical Hebrew?

It is He Who sits upon the circle of the earth, and the inhabitants thereof are as grasshoppers; He Who stretches out the heavens as a curtain, and He spreads them out as a tent to dwell in.   (Isaiah 40:22)

Recently I authored an article on Isaiah 40:22, which now appears as “The Circle of the Earth”, ACTS &F FACTS, 48(5):21 (May 2019)., an analysis that shows Isaiah 40:22 as concordant with the heliocentrism of Johannes Kepler, Copernicus, and the like.

That article revised an earlier one, “God’s Heavenly Leikarringen, as Noted in Isaiah 40:22”, posted at https://rockdoveblog.wordpress.com/2018/04/18/gods-heavenly-leikarringen-as-noted-in-isaiah-4022/  (q.v.), indicating that the English Bible’s noun “circle” [which translates a Hebrew noun chûg]  refers to Earth’s choreography-like circuitous orbiting motions, as opposed to referring to the roundness of Earth.   (Some of this same information was also published in a technical journal — see Jake Hebert & James J. S. Johnson, “Do Isaiah 40:22 and Psalm 29:10 Speak to Cosmological Realities?  Considering the ‘Waters Above’ and Earth’s Cosmic Choreography”, CREATION RESEARCH SOCIETY QUARTERLY, 55(1):44-48 (summer 2018).

Believe it or not  —  that opinion, and the Biblical Hebrew analysis is rests upon, stirred up a bit of a hornet’s nest(!), “disturbing” one particular reader (as if “disturbing” a reader is per se important!).

I have quoted the “disturbance”, followed by the reply to the protestor.  Hopefully the below-quoted email interchange speaks for itself. 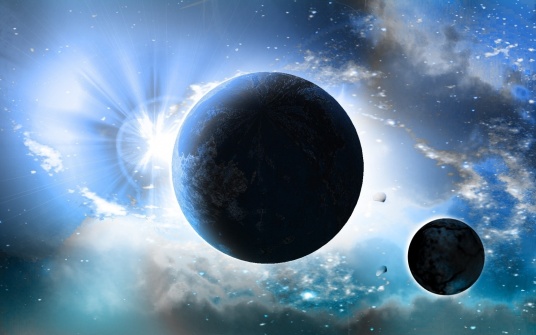 In your May 2019 issue of Acts & Facts, you published an article by Dr. James J.S. Johnson wherein he stated that many Christians misuse Isaiah 40:22 to prove the spherical nature of the earth.  Why would you print this?  Every other creationist/astronomer I have heard refutes what Dr. Johnson says.  Is the goal to confuse people? Or to divide and separate?  Are you trying to appease the “flat-earthers”?  I find this very disturbing.

[NOTE: name redacted, because the protestor appears to have “selected” a pseudonym]

Thanks you for caring enough about truth to write to us [i.e., Institute for Creation Research] about this article.  The fact that you express your view so vigorously (even with sarcasm) shows that you really care about truth – good for you!  Yet, for reasons given below, it’s unfortunate that you find the article “disturbing”, because correcting error, such as sloppy proof-texting, is a problem worth taking seriously (Proverbs 9:8).

First, please keep in mind that creation truth is not decided by consensus, creationist or otherwise  –  see Dr. Randy Guliuzza’s article “Consensus Science:  The Rise of a Scientific Elite” (posted at https://www.icr.org/article/consensus-science-rise-scientific-elite/ ).  In other words, if earlier writers have previously erred on how to interpret a particular word (e.g., in Isaiah 40:22), which Dr. Johnson indicates is the case, that is not a good excuse for perpetuating that error, especially when a careful concordance-based lexical study indicates that Scripture is actually saying something different.

Second, please also notice that Dr. Jim Johnson is aware of other “creationist/astronomer” writers, including some godly creation scientists, who previously matched Isaiah 40:22 with the idea of Earth’s round shape.  Actually, it was Dr. Jake Hebert who asked Dr. Johnson to investigate the actual Hebrew vocabulary of Isaiah 40:22, because Dr. Hebert did not want to assert that Isaiah 40:22 was teaching Earth’s sphericity unless it really was.  Having heard many creationists (none of whom was a Hebrew expert) suggest that “roundness” view, Dr. Johnson initially expected to find that the “consensus” opinion was correct, yet he did a thorough analysis of the Hebrew vocabulary involved (a brief summary of which appears in the ACTS & FACTS article  —  and a more detailed analysis appears in the [below-cited] CREATION RESEARCH SOCIETY QUARTERLY article that is cited in Footnote #1).

Perhaps you don’t know it, but Dr. Johnson has studied Biblical Hebrew quite a bit over the years, at university and in seminary  —  and he was awarded the AMERICAN BIBLE SOCIETY AWARD “for excellence in Biblical studies and Biblical languages”, primarily for his studies in Biblical Hebrew and Biblical Aramaic.  Are any of the “creationist/astronomer” scientists (that you allude to), who think Isaiah 40:22 refers to “roundness”, recognized as Biblical Hebrew experts?  The point here is that Dr. Johnson’s article “The Circle of the Earth” (May 2019 issue) is primarily a Biblical apologetics article, that uses Biblical Hebrew observations, to caution Christians not to carelessly “proof-text” Scriptures unless and until the actual detail-work has been done with the Biblical text, which usually requires some detail-work regarding Hebrew (or Greek) vocabulary.  Please notice that the exact meaning of a Hebrew word is not what astronomers learn about in university, so looking to astronomers for such details is actually an unnatural selection of experts (pardon the pun).

If you want to learn more about this careful study please read the more technical version, co-authored by Dr. Hebert and Dr. Johnson, “Do Isaiah 40:22 and Psalm 29:10 Speak to Cosmological Realities? Considering the ‘Waters Above’ and Earth’s Cosmic Choreography” in CREATION RESEARCH SOCIETY QUARTERLY, 55(1):44-48 (summer 2018).  Also, please be a Berean Christian and duplicate Dr. Johnson’s Hebrew vocabulary study by reviewing all of the relevant Scriptures listed on pages 401 & 405 of George V. Wigram’s ENGLISHMAN’S HEBREW CONCORDANCE OF THE OLD TESTAMENT (Hendrickson Publishers 2001 reprint of Samuel Bagster’s 3rd edition of 1874).  Dr. Johnson is confident that you will agree with his conclusion after you have taken the time to review these Hebrew vocabulary words, as used by God in Scripture.

The argumentative question about dividing and separating (and, likewise, appeasing flat-earthers) are off-point, if your goal is to rightly divide the Word of truth (2nd Timothy 2:15, which is cited in Footnote #1).

Lastly, you have bunglingly overstated yourself by suggesting that “other creationist/astronomers” have “refuted” Dr. Johnson’s analysis.  In fact, we know of no one who has even published an analysis of the  relevant Hebrew nouns and verbs (i.e., those listed on pages 401 & 405 of Wigram’s ENGLISHMAN’S HEBREW CONCORDANCE OF THE OLD TESTAMENT), so how can they have “refuted” what they have not even addressed?

These very reasons support ICR’s selection of this apologetics article for printing, to promote “rightly dividing the Word of truth”, especially as it describes Gods’ physical creation.

Please give this some thought, even it is a “disturbing” challenge to your preëxisting viewpoint regarding Isaiah 40:22  —  and, moreso, please continue to care about ICR giving out God’s truth.

No reply was received from the pseudonymous protester.  The protestor has selectively ignored the Berean (Acts 17:11) approach to understanding Scripture.  So, it is a good thing that he/she finds my Isaiah 40:22 analysis “disturbing”.